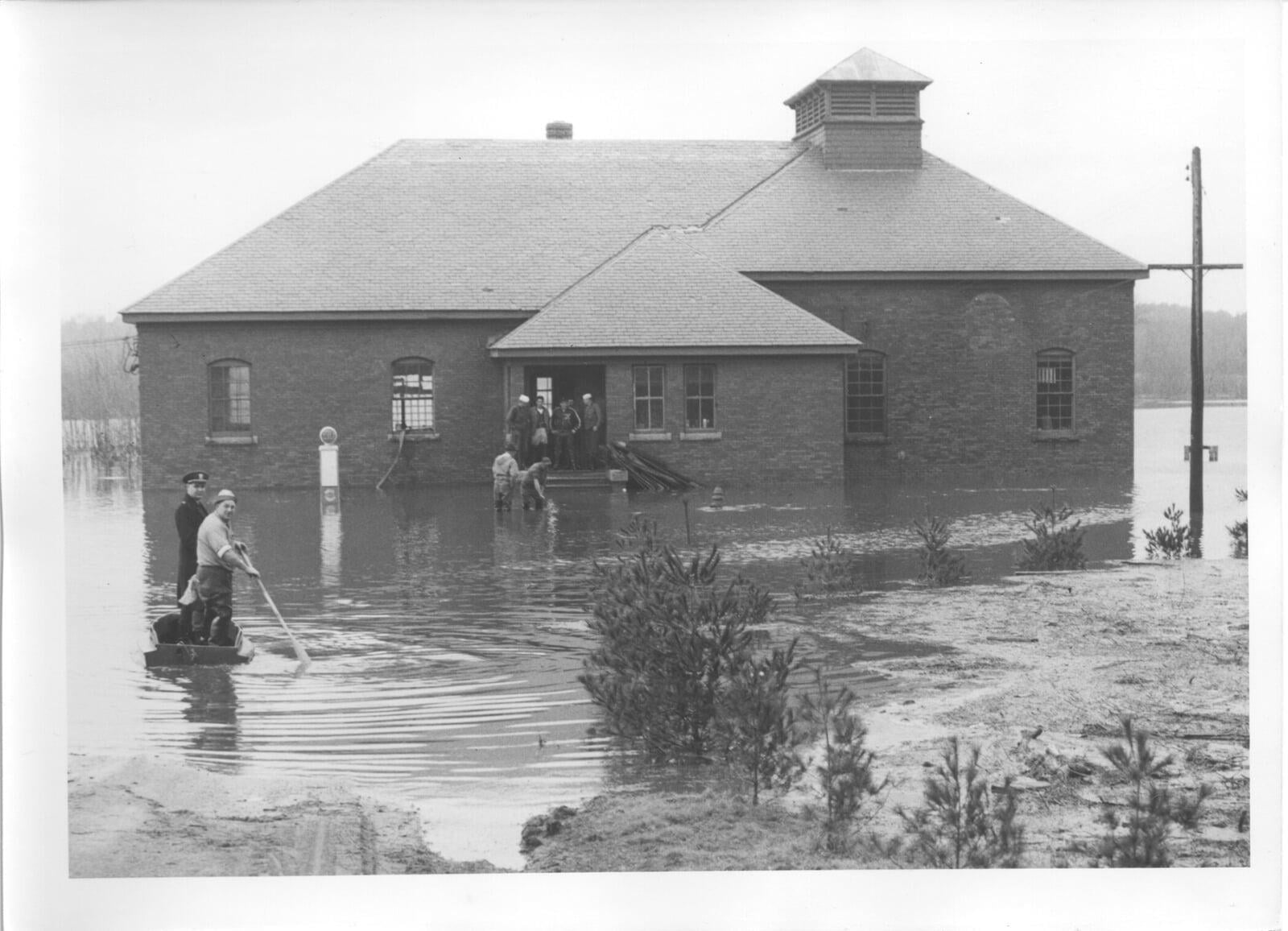 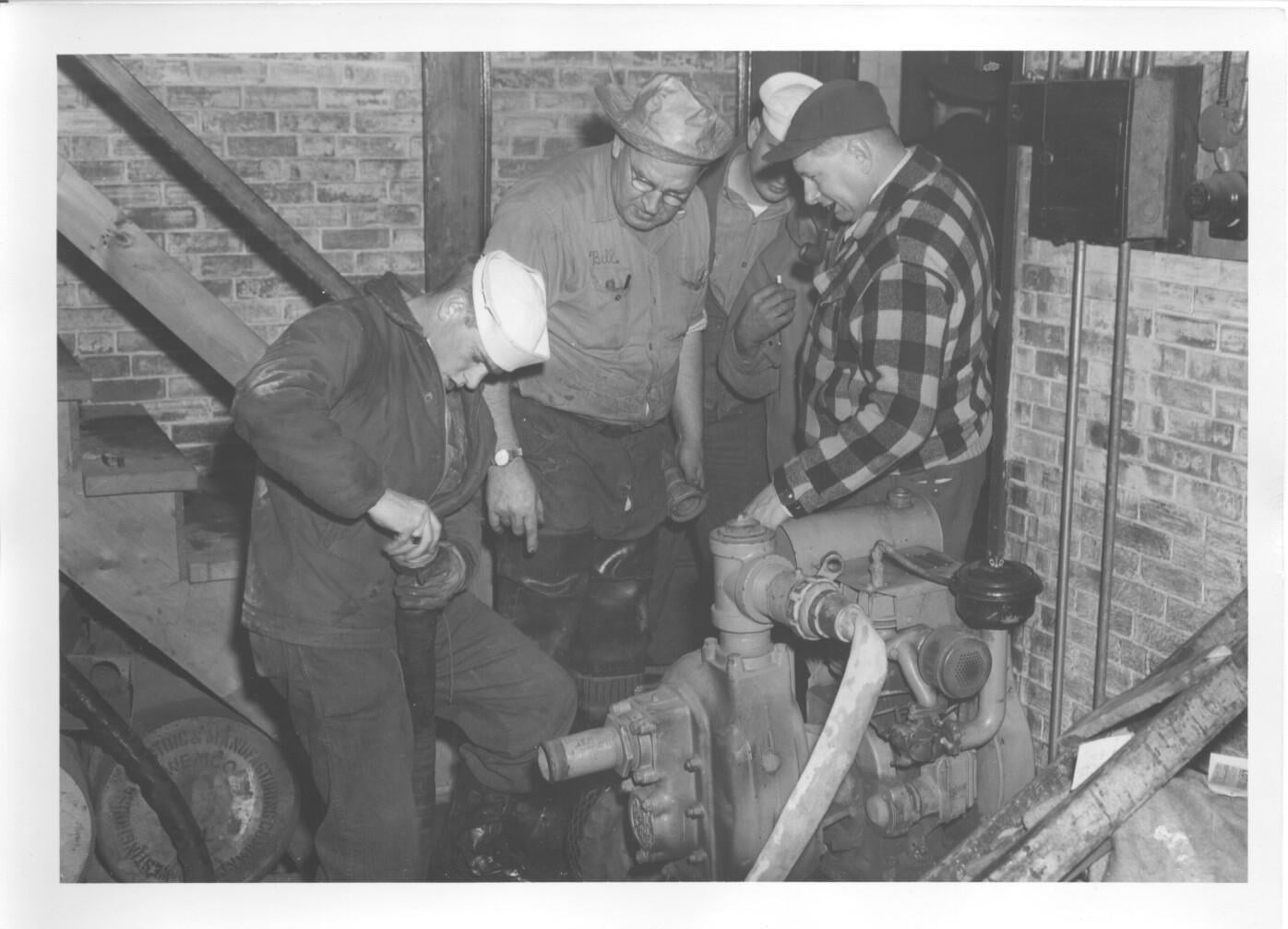 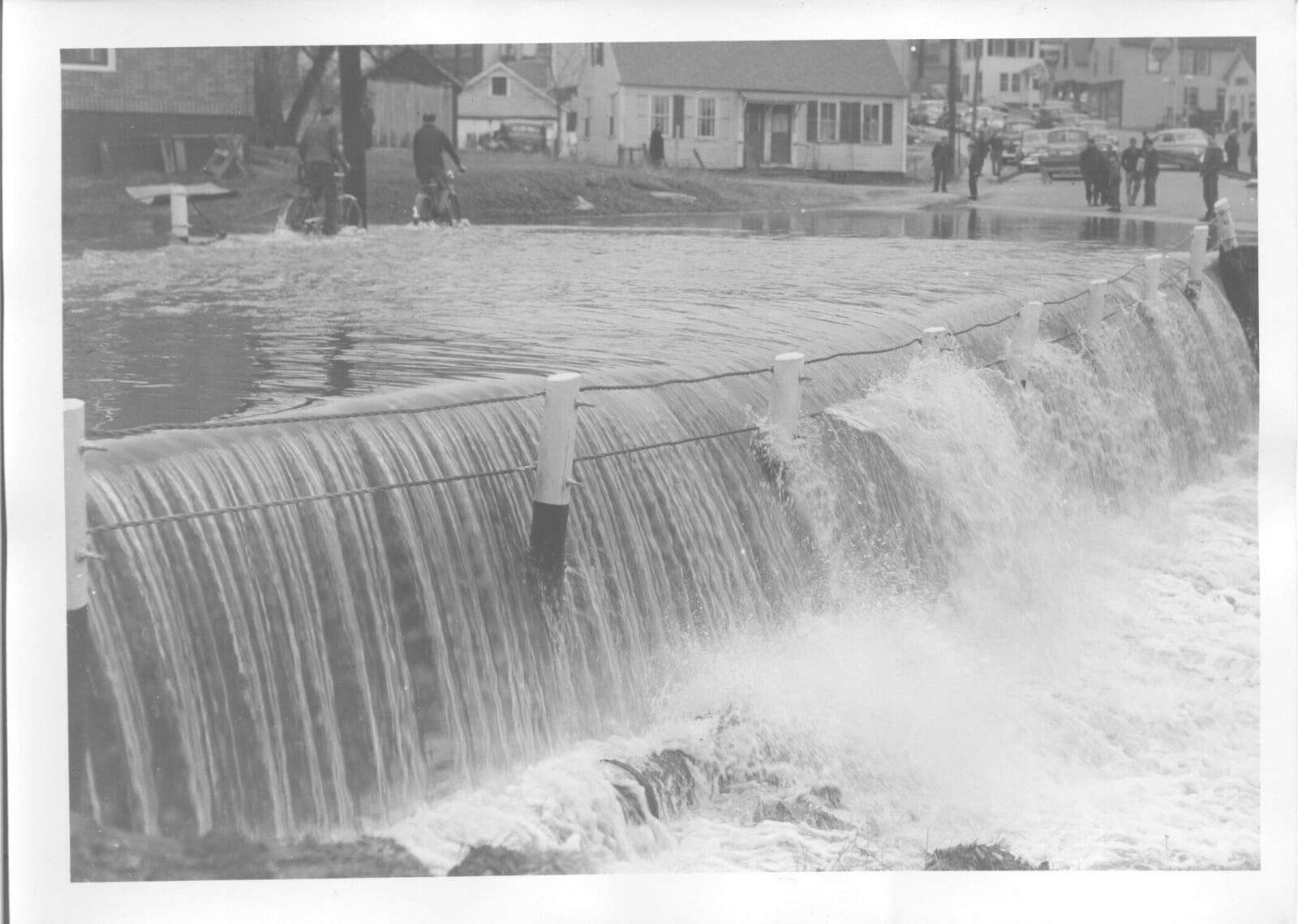 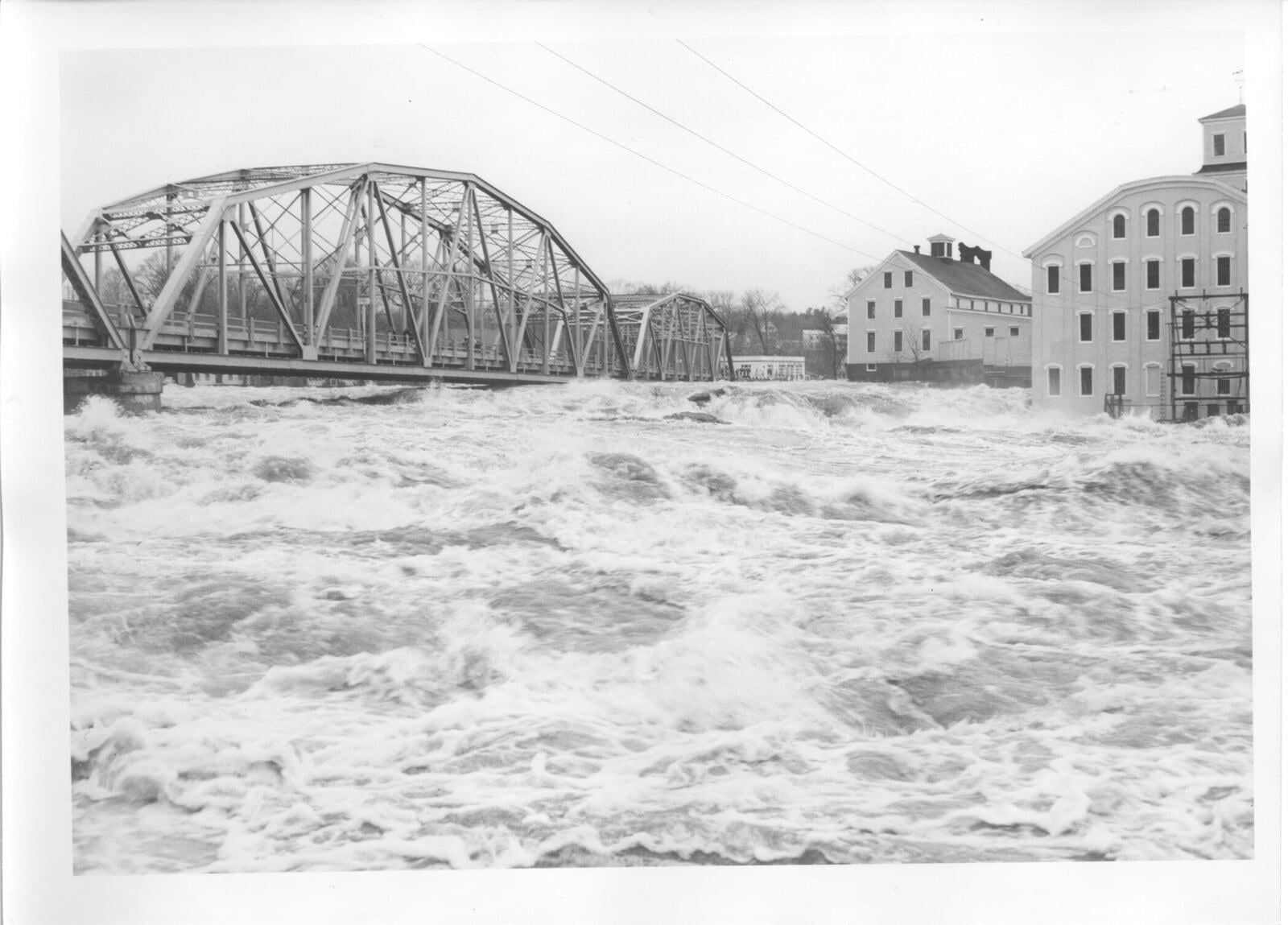 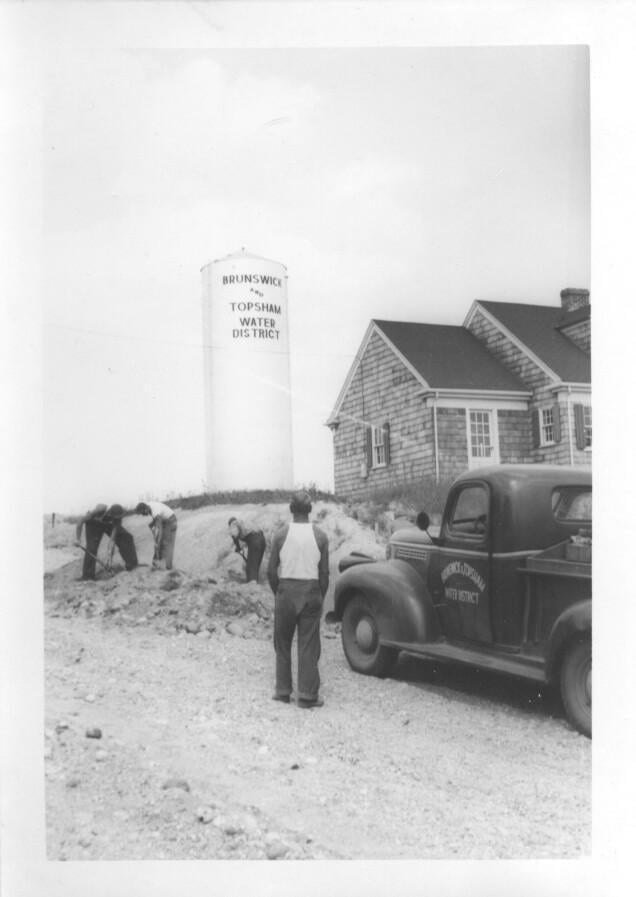 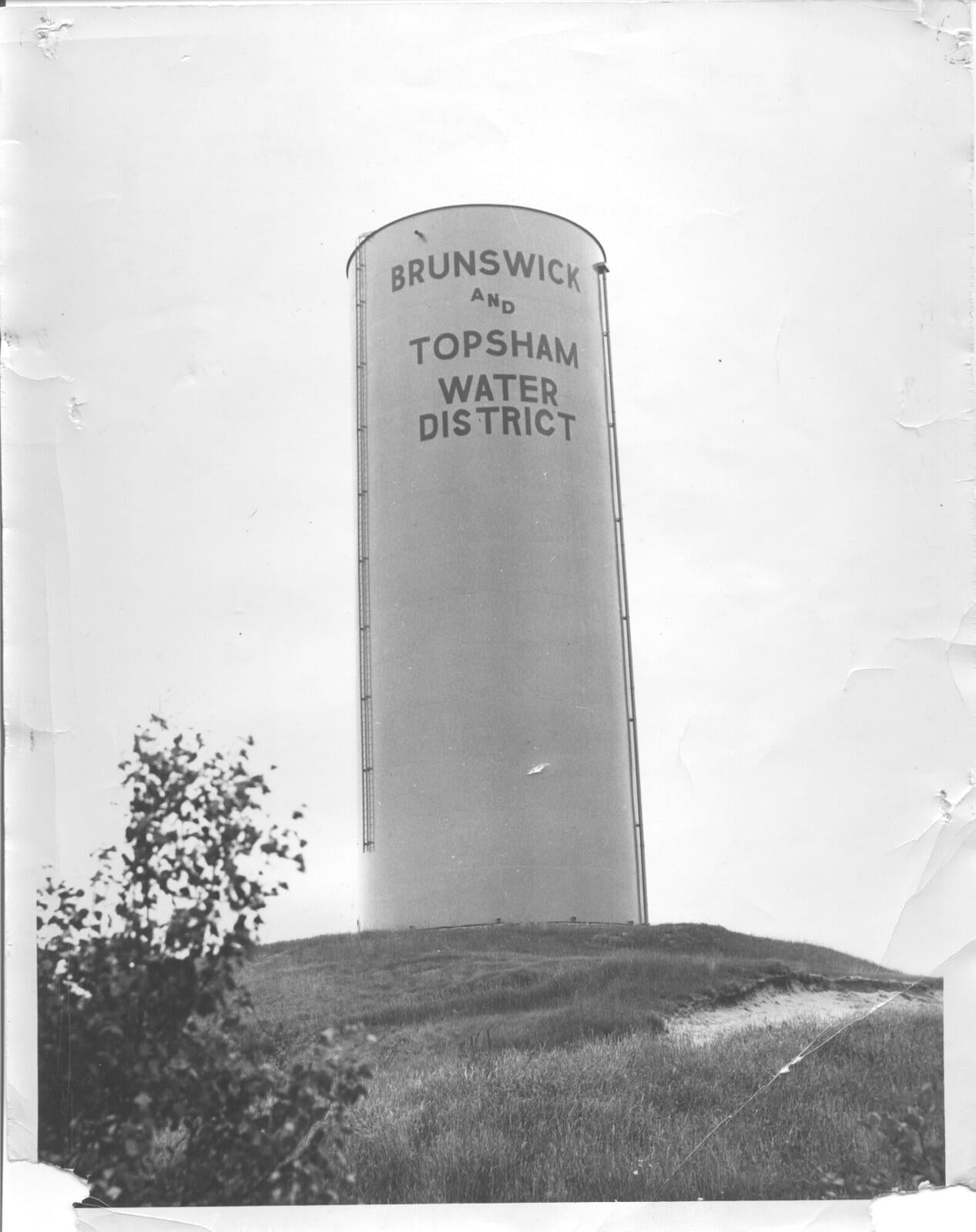 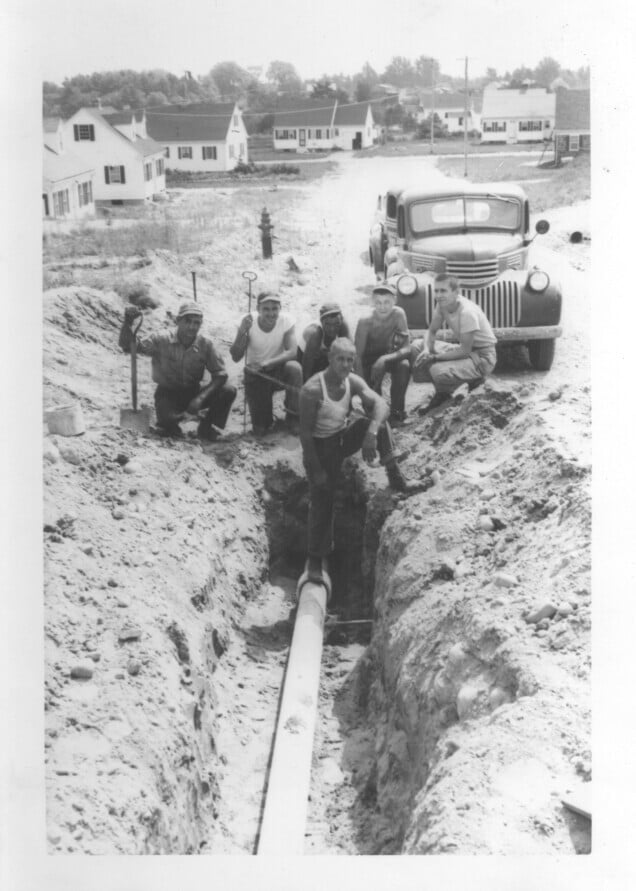 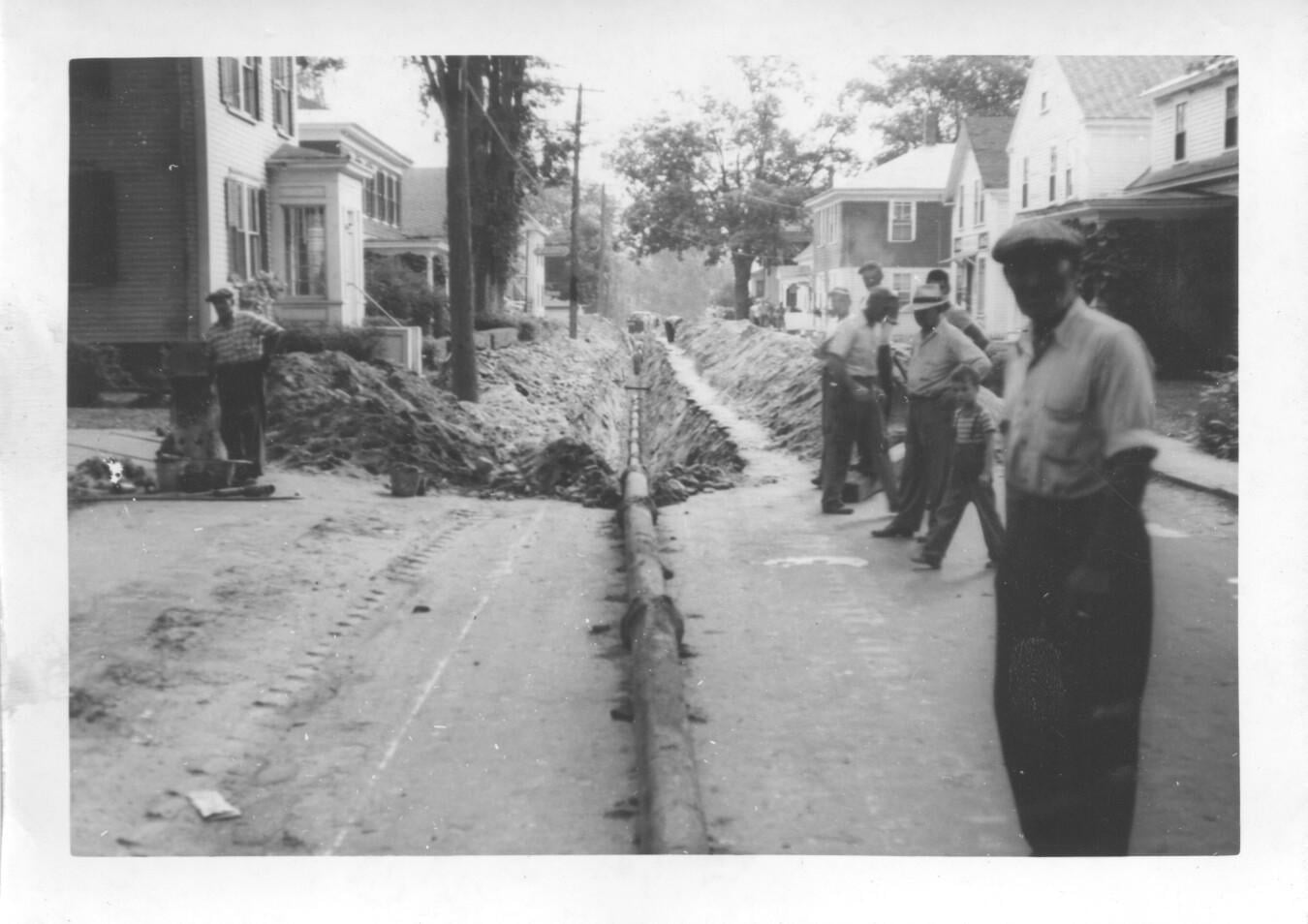 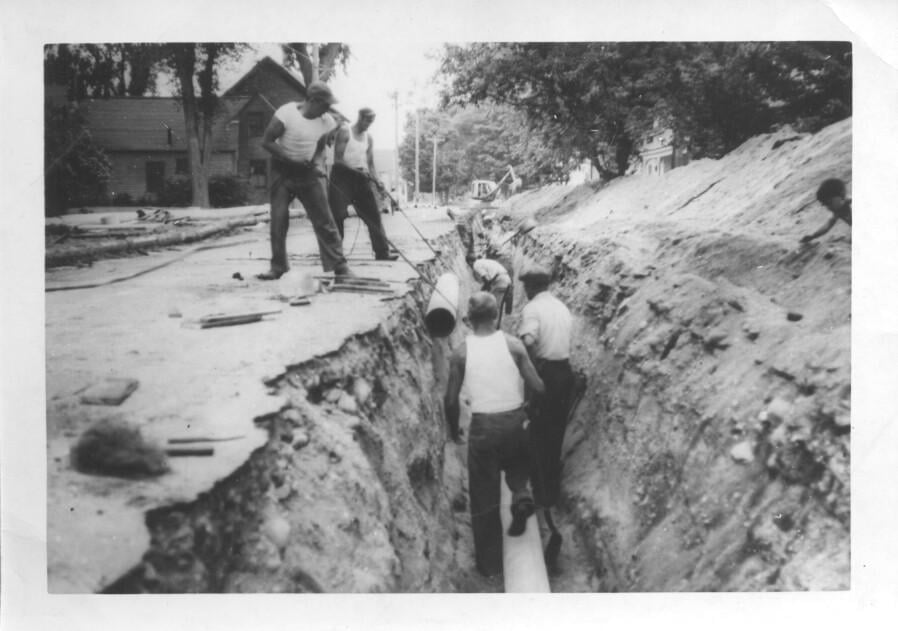 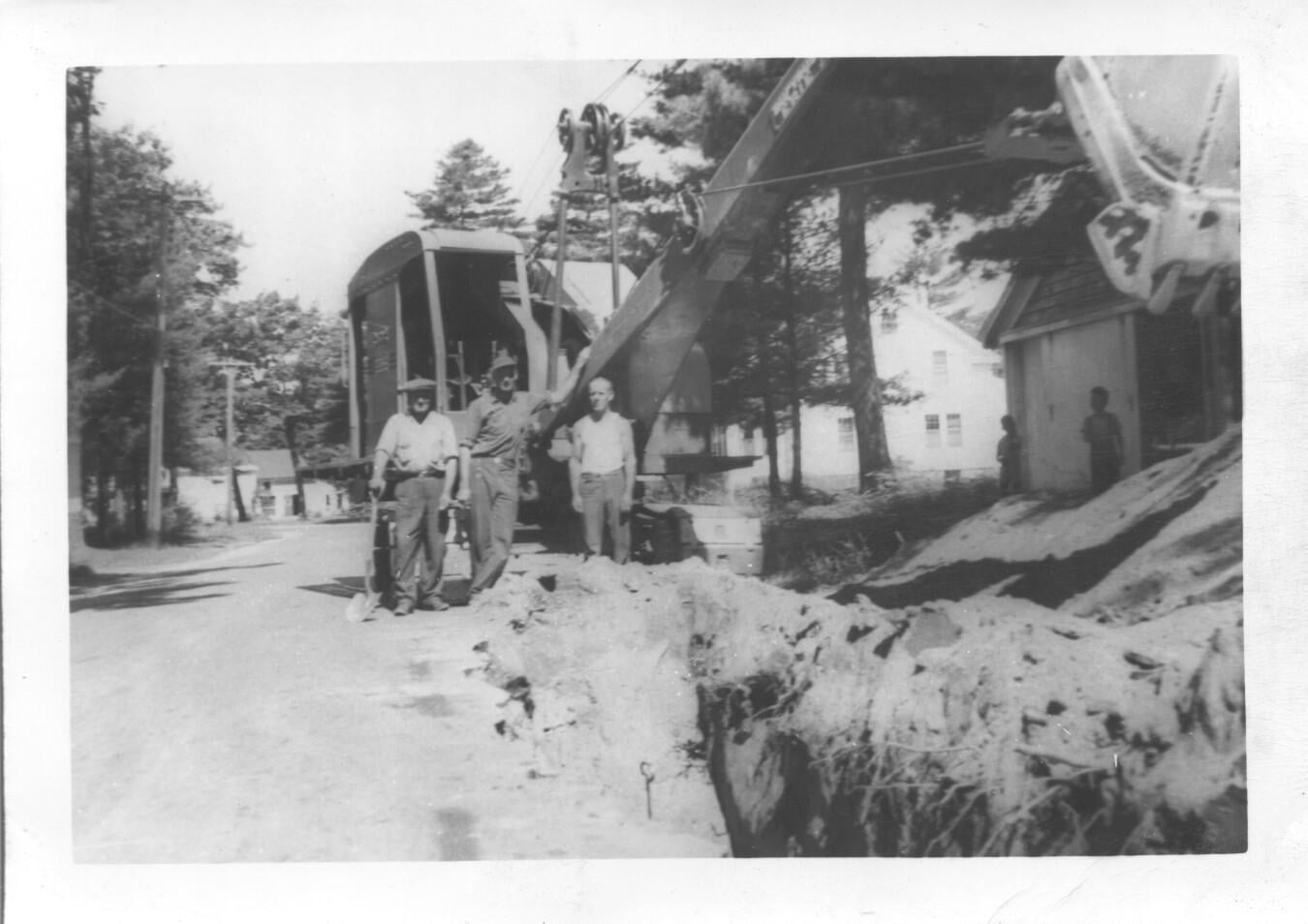 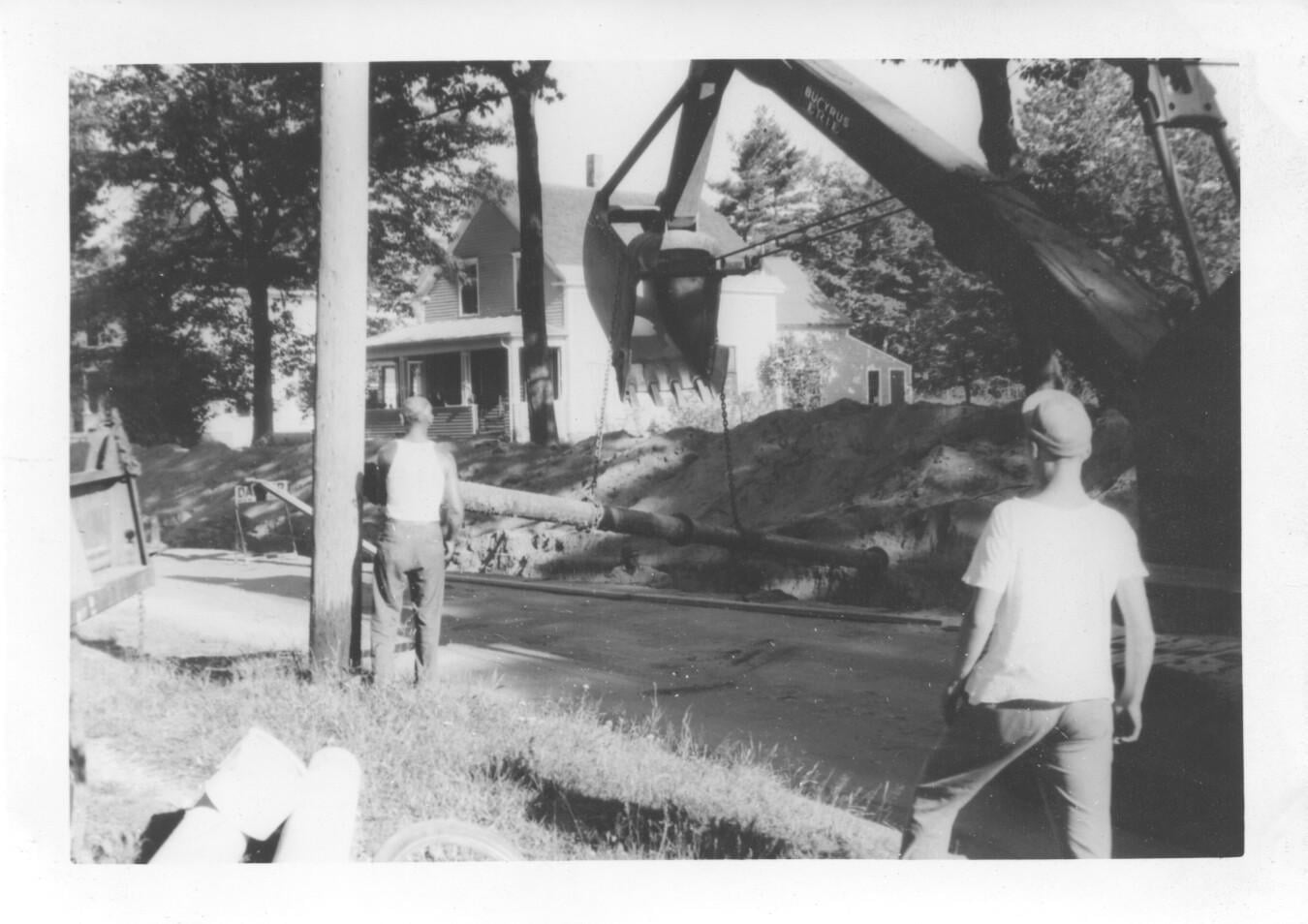 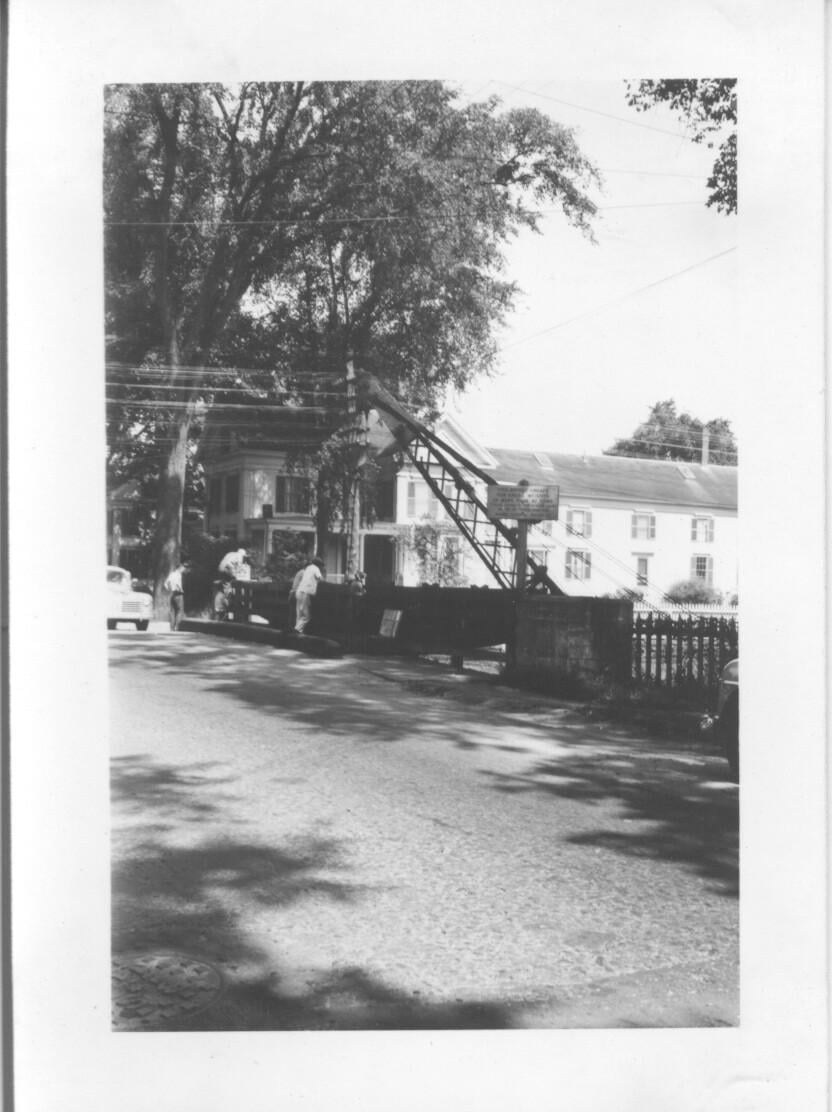 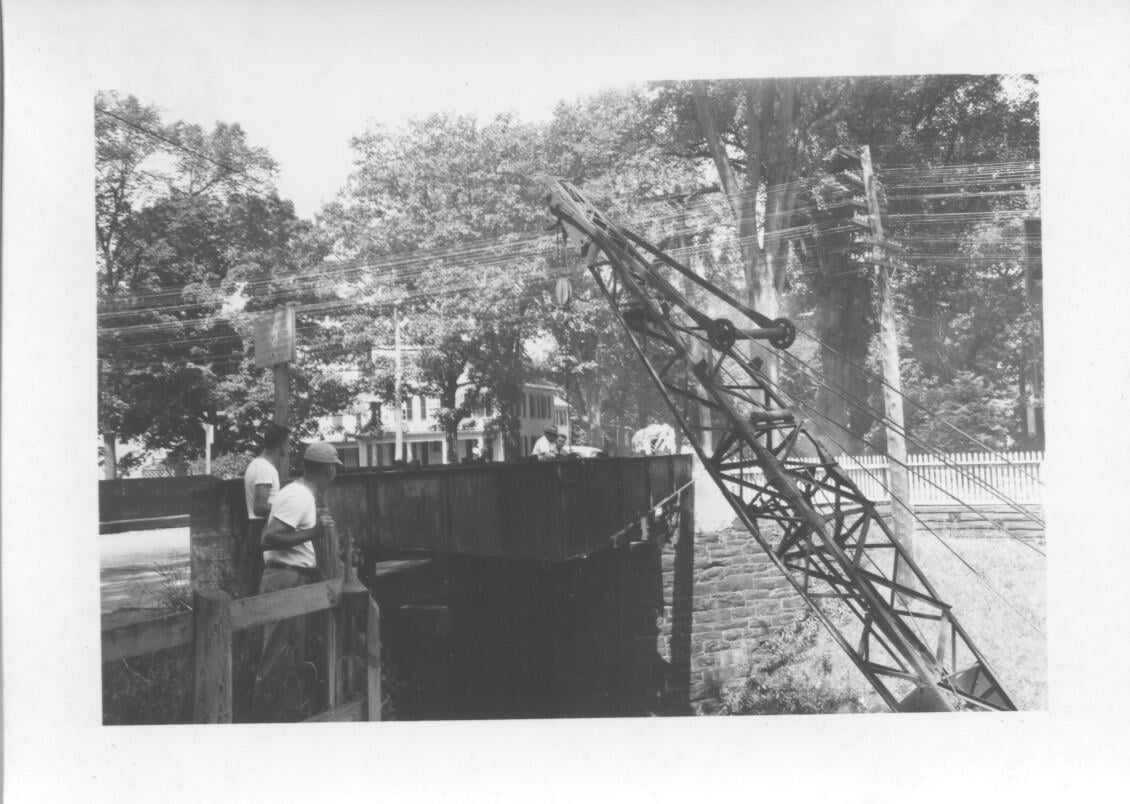 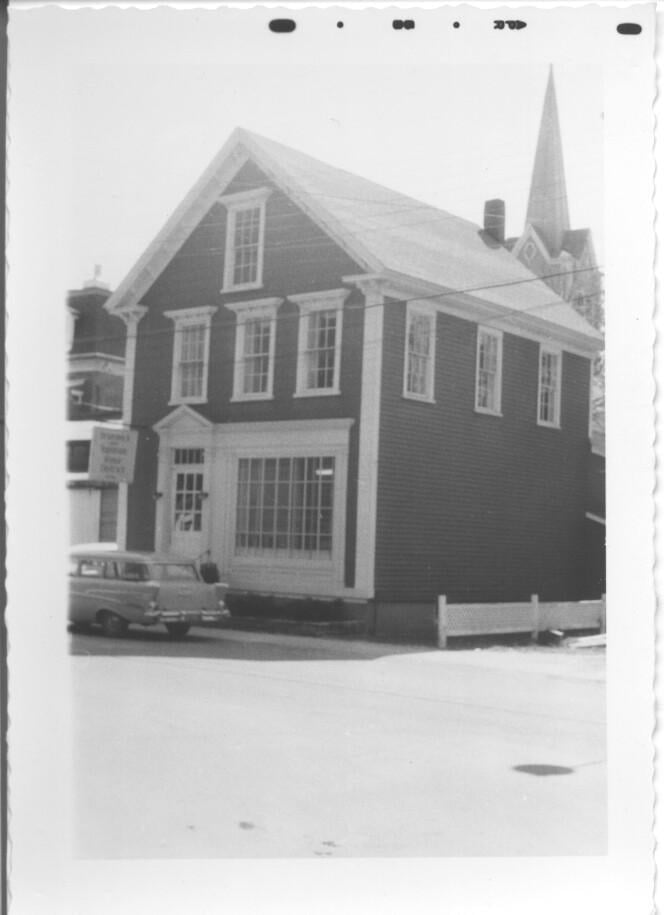 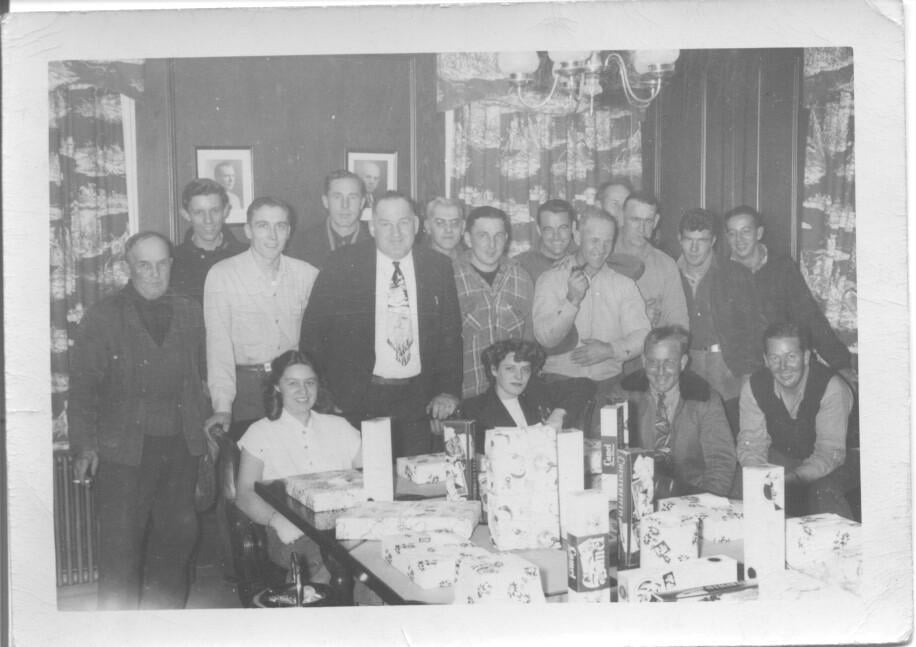 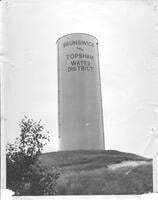 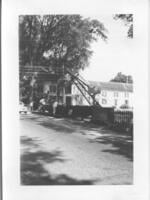 The towns of Brunswick and Topsham have been working together for many years.  Both towns were founded in the mid- 1700’s.  They were both strong leaders in industry with their advancements in water power, shipbuilding, and lumber mills.

What is now the Frank J. Woods Bridge was originally erected in 1756.  The bridge connects the two towns over the Androscoggin River.  Not only has the bridge created an easier mode of transportation, but it has also cemented the future for the two towns.  As long as the bridge stands, the two towns will always be connected; and with this connection, comes the mingling of ideas and hopes for the future.  One of those hopes was to ensure the quality and reliability of the towns’ water supply.

Together, the Two Towns Formed the Water District

The Brunswick and Topsham Water District was incorporated in 1903 by an act of the Maine Legislature.  The District acquired the assets of the Maine Water Company, a privately-owned company that served Brunswick.  The goal of the District was to locate a suitable source of supply and provide better service to the customers.  The system was expanded in 1908 to provide service in Topsham.  Not only would the District be expanding drinking water distribution to the residents of Topsham, but they would also be making it possible for Topsham to enjoy the benefits of reliable fire protection.

When the District first began, the population for Brunswick and Topsham was a total of 8,800 people. With the incorporation of Topsham, there came the need for restructuring and exploration into new locations of groundwater supply. Industry was booming and more people were moving to the area.  The need for a larger supply of water was a necessity.

In the 1930’s, the population was approximately 11,500 and climbing and insuring an adequate supply of water had become a concern.  In 1936, a large flood hit Brunswick and Topsham leaving the pumping station under 15 feet of water.  Due to the high maintenance costs of making the pumping station flood proof, the search for a new groundwater supply was undertaken as well as the need for storage for not only the present supply but for future developments.  In 1939, the District replaced the Marrison Farm Hill Tank built in 1886 with a new steel standpipe off River Road in Brunswick to add additional storage capacity.

The 1970’s and 1980’s brought about changes as well.  In 1971, the Jackson Station on River Road in Topsham was constructed.  This station contained a treatment plant and offices, allowing the District to move its main office from 11 Town Hall Place in Brunswick.  A new well and a pump station were also constructed at the new location, further expanding the District’s ability to provide continuous water service in the event of another pump station failing.  The system expanded rapidly in the past 20 years.  To provide needed storage capacity, another storage tank was built off of Church Road in Brunswick in 1988 with a storage capacity of 3.0 million gallons.

The 1990’s through today have consisted mainly of restructuring and repair to existing facilities.  The Jackson Treatment Plant was renovated in 1991, followed by an extensive rehabilitation at the Taylor Station.  Due to the age and finding wear of the pump station on Jordan Avenue, the new Jordan Avenue Pump Station was built in 2001 out of the flood plain.  In 2005 the District replaced the tank on Oak Street in Topsham that was built in 1912.  The new tank has a storage capacity of 4 million gallons.

As for today, the District has a source of supply with the ability to meet the needs of the communities for many years to come.  Aging infrastructure is a national concern.  The District’s focus now is on insuring that our system is maintained and managed to secure the quality of our water supply and the high standards of quality, reliability, and affordability that our forefathers set out to do so many years ago.

What do I do in case of an emergency?

In Case of Emergency

If an emergency occurs outside our regular business hours, call our office at (207) 729-9956.  The message will direct you to dial 9 for our answering service.  They will then page our on call technician to respond.  We have a technician on call 24/7 so if you ever have a question or concern, please do not hesitate to call.

For all non-emergent questions or concerns, you can email info@btwater.org, send a request through our Contact Us form, or call our office at (207) 729-9956 and leave a message in our general mailbox.  One of our office staff will get back to you as soon as possible.

If you are a new tenant/owner of a property all you need to do is fill out the New Customer form.  Once we receive the form, we'll coordinate with the sewer district, take a reading on the day you specify, and get your new account all set up.  You'll receive a "Welcome" letter from us after the form has been submitted successfully.

Selling a home or moving out of a property?  Fill out our Disconnect My Service form with the date you wish to end service and we'll take it from there.  On the date you specify, we'll coordinate with the sewer district, take a reading at the property, and close your account.  We will send the final bill to the forwarding address you provide.

Where can I make a payment?

When it comes to paying your water bill there are a few options available to you:

3. You can make a payment on our website 24 hours a day, 7 days a week with any major credit card.  Click here to make a payment.

4. Customers also have the option to sign up for automatic payments.  Funds are drafted from a checking or savings account 10 days after your quarterly bill is issued.  Sign up today and draft any outstanding balance!

What are my responsibilities in regards to payment?

2. If bills are not paid within 25 days of mailing, the following steps are taken:

- Day 31 A late charge is assessed on outstanding balances, and every 30 days thereafter.

If at any time you have questions about your bill or our service, please do not hesitate to contact us.

When do I get billed?

Each customer receives a bill quarterly (i.e. every 3 months).

How is the bill calculated?

Every customer of the Brunswick & Topsham Water District is provided service through a water meter.  As water is used, the water meter records the amount of water that passes through it from the District water mains into the building where it is used.

Approximately once every 3 months, the billing department pulls meter readings from the meter via the external MiNode unit.

What are the District's rates?

Click the link to be taken to our current service rates.

What are the minimum charges?

Click the link to be taken to our current service rates.

What are some ways to conserve water?

Download our "25 Things You Can Do to Prevent Water Waste". (.pdf format)

How do I know if I have a leak?